Bill Straus started the family dairy farm in 1941, with a commitment to being responsible stewards of the land. By the 1970s and 80s, Bill’s son, Albert, had joined his father in managing the dairy and the use of pesticides, herbicides, and chemical fertilizers was eliminated on the farm. When Albert converted the dairy to organic in 1994, it was the first certified organic dairy farm west of the Mississippi River. At the same time, he founded the Creamery — the first 100% certified organic creamery in the United States.

Albert Straus launched the brand in 1994 with a deep commitment to supporting a dairy farming system that is both environmentally friendly and economically viable. He envisioned a system that would help family farms thrive and support a revitalization of the surrounding rural communities. We believe sustainable organic farming practices are imperative to ensure the health of farming for generations to come and to sustain a thriving relationship among farms, food, people, and the earth.

The humane treatment of animals is a fundamental principle of organic production. All of the dairy cows from the 12 family farms are treated according to USDA organics standards, which guarantee they are raised certified organic, have access to pasture and the outdoors (weather permitting), are never treated with antibiotics or hormones, and may not be fed with Genetically Modified (GE) feeds.

Over decades, organic certification organizations developed standards of animal well-being and sustainable land practices based on farmers’ expertise. The leadership from the early organic farmers informed the development of National Organic Program (NOP) regulations, with clearly defined rules for livestock health-care practices (§205.238) and living conditions for animals (§205.239). Every certified organic dairy farm has an Organic Systems Plan, in which animal welfare regulations are addressed. 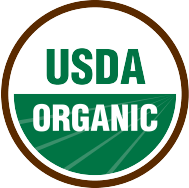 Genetically Modified Organisms (GMOs) are altered at the molecular level, in a laboratory, in ways that do not naturally occur. Using genetic engineering or transgenic technology, the DNA of plants and animals is combined with the DNA of other species and artificially modified to exhibit traits such as resistance to cold or herbicides. The safety of genetically engineered foods has never appropriately been assured. It is estimated that 75% of processed foods on supermarket shelves in the U.S. contain at least some genetically engineered ingredients. American consumers have no way of knowing if and when they are eating GE foods, unlike consumers in the European Union, Australia, New Zealand, and China, where GMO labeling is required.

Today, new technologies are being used to artificially develop other traits in plants, such as resistance to browning in apples, and creating new organisms using synthetic biology. There is a wave of new synbio “dairy,” often unregulated and unlabeled, flooding the market. Despite biotech industry promises, there is no evidence that any of the GMOs currently on the market offer increased yield, drought tolerance, or enhanced nutrition. All the certified organic dairies that provide milk to the Creamery fully comply with USDA organic standards. These standards prohibit the use of genetically modified organisms (GMOs) in all our products and forbid using genetically modified crops grown or purchased to feed cows. At Straus Family Creamery, we believe that GMOs pose a threat to the land and to family farms and that GMOs have no place in farming or in our food system. The use of GMOs causes farmers to use more pesticides and fertilizers, which negatively impacts the environment.

In 2005, Albert Straus started testing certified organic feeds for the cows. He found contamination from GMOs in some purchased feeds. To ensure that all Straus Family Creamery milk and dairy products remained 100% organic, Albert implemented a non-GMO testing and verification system of all animal feed purchased by the certified organic family farms that supply milk.

Straus Family Creamery receives certified verification for every single ingredient that goes into each of our products, whether it’s vanilla or live, active cultures for our organic yogurt; chocolate for our organic ice cream; or enzymes for culturing our organic sour cream.